Pay equity is being addressed more now than ever and the gender gap in pay has narrowed since 1980. Yet in 2018, women still only earned 85% of what men earned, according to a Pew Research Center analysis of median hourly earnings of both full- and part-time workers in the United States. Based on this estimate, it would take an extra 39 days of work for women to earn what men did in 2018. And the earnings are even less for Native American, African American and Hispanic/Latina women.

Equal Pay Day was originated by the National Committee on Pay Equity (NCPE) in 1996 as a public awareness event to illustrate the gap between men’s and women’s wages. It was originally called “National Pay Inequity Awareness Day” and changed to Equal Pay Day in 1998. Family Friendly New Mexico includes pay equity in the Family Friendly Business Award® and encourages all New Mexico businesses to begin to understand the wage gap and address it in the following ways:

Family Friendly NM is celebrating 50 businesses that have worked toward these policy suggestions this year and are committed to pay equity in our state. For a full list of awardees or for more information about the Family Friendly Business Award® and to see if your company could qualify, visit our 2021 Awardee page. 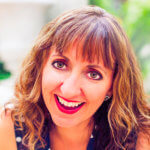 Giovanna Rossi
Giovanna Rossi is a results strategist and the President/CEO of Collective Action Strategies, LLC, a consulting firm dedicated to improving the health and lives of women and families through personal, policy and leadership development. Giovanna holds a Master of Science degree in Public Policy from the London School of Economics, and a Bachelor of Arts degree in Spanish and Latin American Studies from the University of New Mexico. Giovanna was the first ever women’s health policy advisor for the state of New Mexico and was a women’s studies adjunct professor at the University of New Mexico. She is passionate about improving the health and lives of women and families through work-life policy, economic self-sufficiency and health for women, making sure all children are supported and thriving, and addressing gender inequities in programs, policies, and services. She is the founder of Well Woman Life™, which supports women to achieve their highest level of fulfillment and well-being and founder of the Family Friendly Business Award®. Giovanna is host of The Well Woman show on NPR One, a regular panelist on New Mexico PBS In Focus, contributor on Forbes.com and a 2018 Women of Influence honoree.